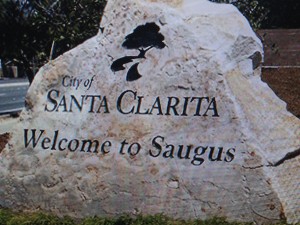 If someone you know has been arrested and taken into custody in Saugus, you’re probably wondering how to get them out of jail fast. Finding out that a friend or loved one has been arrested can be incredibly stressful, and it often leads to all sorts of questions. Luckily, we’re here to help, and our office is right across the street from the Santa Clarita Sheriff’s Station Jail!

Saugus, California (located within the city of Santa Clarita), was named after the birthplace of Henry Newhall which was “Saugus,” Massachusetts. It’s also home to the oldest restaurant in Los Angeles County, the Saugus Café, which has continually operated on San Fernando Road since 1887.

When you need immediate help, know that friendly, knowledgeable, bail bondsman local to Saugus is available 24-hours a day 7-days a week. We’re here to answer your questions and help put your mind at ease. We can be reached any time at 661-299-BOND (2663).

Arrestees taken into custody in the City of Saugus are transported to the Santa Clarita Sheriff Station to undergo booking and processing. This is the procedure in which photographs are taken, fingerprints are recorded and a national background check is conducted. Once complete, bail will be set for those who are eligible and it will be possible to obtain their release via bail bond.

Inmates who are not bailed out within 72-hours will be transferred to one of the larger jails in downtown Los Angeles. Male inmates are taken to Twin Towers Correctional Facility while females are taken to the Lynwood Jail. Once transferred, it will take an additional 12-24 hours to process the inmate into the new jail.

To avoid transfer, it’s best to begin the bail bond process while the inmate is still located at the Santa Clarita Sheriff Station jail.

How Bail is Set

The bail amount set after an inmate has gone through booking and processing is dependent on the number and nature of crimes that they have been charged with. The Los Angeles County Bail Schedule lists crimes and corresponding bail amounts that will be used to determine how much it will cost to get that person out of jail.

In rare cases, bail will not be set at all. These are typically instances in which a person is deemed to be a danger to society or poses a serious risk of flight if they are allowed out of police custody before their court date. Cases like this are few and far between, and the overwhelming majority of arrestees will be eligible for bail after their arrest.

How to Bail Someone Out

Bailing someone out of jail isn’t as complicated as one might expect. It all starts by giving us a call and providing the name, birth date and date and time of arrest of the inmate you want to bail out. We will then have you fill out the short, simple bail bond application forms and sign the indemnitor’s agreement. We will provide you with a receipt and dispatch an agent to the jail to post the bond. The process is that easy and it doesn’t take very long. As a matter of fact, in many cases it’s possible to have someone bailed out just a few hours after they were arrested.

“Indemnitor” is a word that describes a person who is held financially responsible for the bail bond. When bailing an inmate out of jail, someone will need to be held financially responsible if that inmate doesn’t show up for court. The indemnitor, then, is the person who signs for the bail bond. As long as the defendant shows up for court at the appointed date and time, the indemnitor will not incur any additional expenses – no matter the outcome of the court care.

If the defendant does not show up for court, the indemnitor will be required to pay the full amount of bail to the courts, and that amount that can be considerable. That being the case, it is best to only bail out those whom you know and trust.

We’re a bail bond company local to the Santa Clarita Valley. Our office is located just across the street from the sheriff station, but we’re more than happy to meet you anywhere you’d like.

If you’re out of the area, or your schedule doesn’t permit you to meet with us in person, we can handle the entire bail bond application process via phone, fax or email. What works best for you works best for us.

We also provide a number of flexible payment plans for those who would like to finance a bail bond. No matter how you choose to pay, we never include any additional fees, charges or interest.

For additional information regarding Saugus bail bonds, please feel free to give Santa Clarita Bail Bonds a call. We know times like this can be stressful, and our offices are open 24-hours a day, 365-days a year. We can be reached at 661-299-2663.