A family member, friend or loved was recently arrested, what happens next?

The first thing that will happen is the arresting law enforcement agency will transport the defendant to the Santa Clarita station jail. Or, if there is a medical condition, the defendant could be transported to one of the Los Angeles County Jails for processing and booking into the jail system. 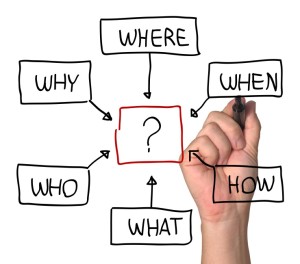 The process at the Santa Clarita Sheriff’s Station jail can take anywhere from 4 to 6  hours or more to complete, depending on the facility and the jail staff. Once the booking process is complete, a bail amount will be set if the defendant is allowed bail and is not released on O.R. (own recognizance), or Citation Release (cited out). If bail is set, we can check the system and provide that amount for you.

It’s important to note that if they are transported to one of the larger, L.A. county jails, the booking process can take much longer, up to 24 hours or more. This is why we recommend bailing them out of the smaller, Santa Clarita jail as soon as possible.

What Jails Are In The Santa Clarita Area?

*What Court Will I or My Friend or Loved One Go To?

*(The above is true, unless: There are other mitigating factors; such as, out of county warrants, WIS holds, parole holds, immigration holds, or other factors that may change their court location. In those cases, the defendant will likely go to the originating California court location).

As a Close Friend or Relative, How Can I Help Them?

If you know someone has been arrested in Santa Clarita or the surrounding areas, you can call us 24/7 at 661-299-2663. Our local agents will work quickly explain the bail process to you in detail. We have the technology to monitor your friend or loved one during their entire booking process and will keep you in the loop the entire way.

Once bail has been set, we’ll let you know the amount and discuss the bail process so you are best prepared to handle the details to qualify for the bond. We take the time inform you of the of the completion of their booking so the bond can be posted as quickly as possible with the jail.

As a note, when you call us it’s always good to have the inmate’s name, booking number and date of birth, and where they are being held in custody. However, if you don’t have that information, we can still help you.

We at Santa Clarita Bail Bonds are professional bail bondsmen, fully licensed and compliant with the California Department of Insurance. You can trust us to handle  all of your clients with professionalism, discretion and care.

Bail is the amount of money the courts will require in order to allow an inmate out of custody, pending their trial. This amount can be pretty expensive, and most people don’t have the money lying around to pay it. A bail bond, then, is the power to get someone out of custody by paying only 10% of the total bail amount to a licensed bail bondsman. They’re also very fast, often resulting in an inmate’s release within 24-hours of their arrest.

What is The Responsibility of the Indemnitor?

To bail someone out of jail, the Indemnitor or Co-Signer becomes responsible for signing the bail agreement, and helping to qualify for the bond. If someone signs on behalf of a defendant, they are called “The Indemnitor” and become financially responsible for making sure the defendant returns to all court appearances and fulfills their legal obligations.  They will also accept responsibility for the entire face amount of the bond should the defendant not return to court. This includes paying for the entire premium or any other fees associated with the bond should that become necessary.

However, once the defendant’s case is completed, and they have shown up for all of their mandated court dates, they are sentenced, the case is dismissed or the bond is exonerated, the responsibility of the indemnitor/Co-signer will be fulfilled and no other money is owed, therefore the responsibility goes away.

How Does One Qualify for a Bail Bond?

The agents at Santa Clarita Bail Bonds will determine that when you call our company by asking you a just a few questions. Some of the questions we ask may seem a bit personal, however, we are required to evaluate any risk we undertake when underwriting a bond.  Details such as employment, homeownership, your credit rating, citizenship, family status will be discussed to determine those risks.

We will also ask questions of the same nature about the defendant in custody. We’ll then determine whether we can do what is called a “signature bond” or, if we’ll need to take collateral, such as California real property, a auto pink slip, etc..

When Does The Responsibility For The Bond Go Away?

When all of the court dates have been met and all of the legal obligations are satisfied, such as classes and fines, the court will exonerate the bond and the indemnitor will no longer be held responsible for the bond.

What Happens If The Person Remains in Jail?

The defendant will remain in custody at the jail until their arraignment. This usually takes place within 48 hours of their arrest.

Can You Explain What Collateral Is?

Collateral can come in the form of California Real Estate, Cash, Pink Slips to automobiles, or other forms to back up or “collateralize” the face amount of the bond. This is taken to lesson the risk the bail bondsman takes. Should the bond be very large or high risk, the bail bondsman may require collateral to secure that bond. Factors such as the defendant’s past history of arrest, their credit, employment or residence history or how long the Indemnitor has known the arrestee will all play into the underwriting of the bond. A lien may be taken against property or cash will be deposited into an escrow account and held until the bond has been exonerated and the premium and all fees have been paid in full.

When Will My Collateral Be Returned?

Any collateral taken from the signer(s) of the bonds will be returned (reconveyed) to its rightful owner(s) immediately upon the final payment of all premiums due and the bond has been verified “exonerated” by the court.

Should a forfeiture of the bond occur, any and all collateral may be lost. It may be liquidated in order to pay the face amount of the bond which includes any other unpaid premiums and/or expenses. It’s important to read the details of the contract prior to signing over any collateral for a bail bond. We are always happy to answer your questions about collateral and the bail process.

What Does It Mean When a Bond has Been “Exonerated?”

A bail bond will be “exonerated” when the defendant has appeared for all court dates as scheduled and their case is completed. Additionally, neither those who provided collateral or the bail bonds company will have any further financial obligations to the court regarding to the defendant’s case.

Can You Explain The Bail Bond Premium?

The bail bond premium is the amount the indemnitor must pay the bail bonds agency prior to the release of the defendant.

To show an example, if the bail amount has been set at $20,000, the indemnitor will pay a $2,000 premium to the bail agency for the release. of the defendant. This amount is rendered upon the release of the defendant and is non-refundable – even if the case is dismissed, the D.A. drops the charges, or no charges are filed. The premium is earned by the bail bondsman immediatley upon the defendant being released from jail.

Why Do I Have to Post Bail For Someone?

You really don’t have to. If the judge grants bail for the defendant, they are under no obligation to have to bail out. Bail is just the opportunity for the defendant to be released from jail while they await their court dates. In our experience, we see that people would rather be released from jail than wait in a jail cell until their arraignment. Being released on bail gives them more time to get their personal business in order, hire an attorney, take care of work or school issues and provide for child and family.

All Charges have Been Dismissed and The Case Was Dropped. Now What?

If the case is dismissed, or all charges have been dropped, the indemnitor will no longer carry any responsibility or liability for the bail bond they signed for. However, the premium that was paid for the bond is non-refundable and will not be returned as it was earned at the time the defendant was released from jail.

Can Santa Clarita Bail Bonds handle posting bail at any jail in California?

The answer is yes. We work along side a professional network of licensed California agents and can operate at most stations, jails and courts located throughout California.

What if I live in another state, but my friend or family member has been arrested in California?

That’s okay. We can easily fax or email our easy application to you anywhere in the United States.  Once it’s complete, just fax it back to us.  It’s as easy as that.

Should I Hire An Attorney?

We at Santa Clarita Bail Bonds are asked that question often, however, bail agents are are not permitted to provide legal advice regarding any specific case. We always recommend consulting with a criminal law attorney when it comes to the details of your case. They can best advise you in how to move forward, while providing valuable insight of your rights and the charges that have been brought against you.

How Does Someone Get Released From Jail In Santa Clarita?

Bail bonds are certainly the fastest, most inexpensive way to get released quickly from the Santa Clarita station jail, however, bail bonds are not the only way to get out of jail. Depending on the crime(s) the individual is charged with, as well as their prior criminal record (if any), it’s possible that they may be eligible for one of the following options for release:

Is The Bail Premium Tax Deductible?

Unfortunately, bail bond premiums are not tax-deductible in the state of California.

If you require further information or have a specific question about bail or the bail process, call us anytime and ask one of our local, caring agents. We’re ready to help you at 661-299-2663.