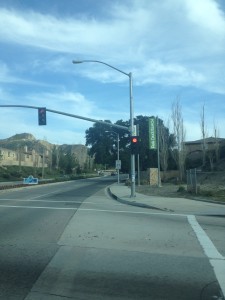 Has A Friend or Loved One Been Arrested in or near Fair Oaks Ranch in Santa Clarita?

If someone has been arrested and taken into custody in Fair Oaks Ranch, you’ve probably got a lot of questions regarding where they are and how to get them out of jail. We at Santa Clarita Bail Bonds are a local bail bond agency that specializes in servicing clients in and around the Santa Clarita Valley and can help put your mind at ease by quickly answering any and all of your questions.

Fair Oaks Ranch is sub-division area of Canyon Country located near the 14 Freeway and Lost Canyon Road. There are many new homes and large shopping areas surrounding Fair Oaks Ranch.

Those who are arrested in Fair Oaks Ranch will be immediately transported to the Santa Clarita Sheriff Station to undergo booking and processing. Depending on how busy the station is, the procedure can take anywhere from 45-minutes to several hours, with bail being set only after booking and processing is complete.

The on-site jail is capable of holding up to 40 inmates for no longer than 72-hours. If the jail gets overcrowded, or if an inmate remains there longer than 72-hours, it is likely that he or she will be transferred to one of the larger jails in downtown Los Angeles. Men will typically be sent to Twin Towers Correctional Facility and women are transferred to the Lynwood Jail.

Upon transfer, inmates will need to undergo another round of processing at their new location which can tack on another 12 to 24-hours to their time in police custody. That being said, it’s best to get the bail bond process started while they’re still located at the Santa Clarita Sheriff Station, as this can often avoid the transfer process altogether.

Once they are taken into custody, arrestees are brought immediately to the Sheriff Station to undergo booking and processing. This is the process where they have their photograph taken, fingerprints recorded and a national background check is conducted.

Why Work with a Bail Bondsman?

You don’t have to work with a bail bondsman to get someone out of jail. All you need to do, after bail has been set, is go to the jail with the full bail amount and pay it to the court clerk. This is what is known as a “cash bond.” As long as the defendant shows up for all of their court dates, the money will be refunded to whoever paid it. If they don’t, the money will be kept by the court and a warrant will be issued for the defendant’s arrest.

So, what does working with a bail bondsman entail? It starts by calling and providing us with the name, birth date and date and time of arrest of the person you want to bail out. We will locate him or her within the system, verify their eligibility for bail, and have you fill out our bail bond application forms and sign the indemnitor’s agreement. All of our forms are straightforward and to the point, but if you have any questions regarding the bail bond process, we’ll be more than happy to go over them with you step-by-step. Once that’s done, we will send someone to the jail to post the bond and your friend or loved one will be released shortly thereafter.

We’re local to the Santa Clarita Valley, and are able to meet you at our office, the jail, or your home or office. If you’re unable to meet with us in person, we can also handle the bail bond application process via phone, fax or email.

As previously mentioned, the cost of a bail bond is 10% of the total bail amount. Most of our clients choose to pay via major debit/credit cards, of which we accept Visa Master Card, American Express and Discover. We also accept cash, business and personal checks, money orders, bank account transfers and money wire.

Financing is available for those who qualify, and we have a variety of flexible payment plans designed to fit most any budget. No matter how you choose to pay, we never include any additional charges, fees or interest.

For more information about Fair Oaks Ranch Bail Bonds, please feel free to call us any time. Our offices are always open and a friendly, knowledgeable bail bondsman is always happy to take your call. We can be reached at 661-299-2663.