Has Someone You Know Been Arrested in or Around Gorman? 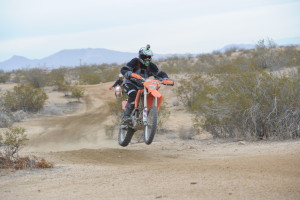 If a friend or loved one been arrested and taken into custody in Gorman, CA., you’ve probably got a lot of questions as to how to get them out of jail. A fully-licensed, local and bonded bail bondsman on our staff is always available to take your call and answer any questions you may have.

Gorman, CA is an unincorporated area on the 5 Freeway just north of Santa Clarita. While there are only a handful of homes and residents who actually live there, tens of thousands pass through Gorman every day on their commute to and from work. It’s also a well-known off-road enthusiast’s locale, and a historic stop in Peace Valley, which links Northern and Southern California via the Tejon Pass.

If you have questions regarding Gorman Bail Bonds, please feel free to give us a call any time. Our local offices are open 24-hours a day, 7-days a week. We can be reached at 661-299-2663.

Gorman is near the border of Los Angeles and Kern Counties, so while it may be closer to some Kern County Sheriff Stations, the fact that it’s in Los Angeles County means that deputies working out of the Santa Clarita Sheriff Station are responsible for providing Gorman’s law enforcement needs.

When someone is arrested in Gorman, they’re taken to the Santa Clarita Sheriff Station to undergo booking and processing. After that, bail is set and it will be possible to obtain their release via bail bond. The on-site jail located at the station is a type 2 facility, which means it’s only designed to house inmates for up to 72-hours. Those who are not bailed out within that period will likely be transferred to Twin Towers (if the inmate is male) or the Lynwood Jail (if the inmate is female).

These larger facilities are much, much busier, and the transfer process can add anywhere from 12 to 24-hours to an inmate’s time in custody as they go through another round of processing. The transfer process can often be avoided entirely, though, if the bail bond process is begun while the inmate is still located at the Santa Clarita Sheriff Station Jail.

When bail is set, the amount in which it is set indicates the amount of money that the courts will want in order to let an inmate out of custody pending their trial. The money serves as motivation to ensure that a defendant shows up for all of their court appointments. When the defendant shows up and completes the court process, the money is returned. When they do not, the money is forfeited to the courts.

The amount in which bail is set can be expensive, which leads many people to look for a bail bondsman to help them out. A bail bondsman charges 10% of the total bail amount to secure a defendant’s release from custody. This amount is non-refundable. When the defendant shows up for all of their court dates, the bond is exonerated and everyone goes their merry way. When the defendant does not show up for court, the indemnitor is still responsible for paying the full amount of bail to the courts.

Our offices are located right across the street from the Santa Clarita Sheriff Station and we are happy to meet you there, your home or office, or complete the entire bail bond application process via phone, fax or email.

The bail bond process starts by giving us a call and providing us with the full name, birth date and date and time of arrest of the inmate you want to bail out. If not all of this information is available to you, don’t worry, we can still help you out. We will use the info you provide to locate the inmate within the system and verify their eligibility for bail. After that, we have you fill out the short, simple bail bond application forms and sign the indmenitor’s agreement. Finally, we head to the jail, post the bond, and your friend or loved one will be released as soon as possible.

Most of our clients choose to pay with major debit/credit cards, of which we accept Visa, Master Card, American Express and Discover. We also accept cash, checks (business and personal), money orders, bank account transfers and money wire.

If you’re interested in financing your bail bond, let us know. We have a variety of flexible payment plans designed to fit most any budget and we never include any additional fees, charges or interest.

If you would like to speak immediately with a friendly, knowledgeable, local bail bondsman, please feel free to give us a call any time of day or night at 661-299-2663. We know that this can be incredibly stressful, and we’re happy to help in any way we can.