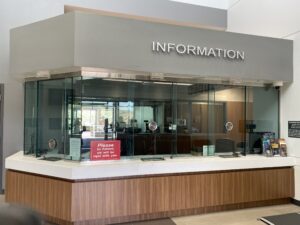 What To Do When Someone’s Been Arrested in Santa Clarita?

When you’ve found out that a loved one or friend has been arrested in Santa Clarita, we know it can be a stressful experience for everyone involved. If you require bail for an arrestee in custody at The Santa Clarita Station Jail, give us a call or come in to our office, any time of day or night.

Know there’s a trusted, professional bail bondsman directly across the street from the Santa Clarita Station jail. Whether it’s 2:00 in the morning or New Year’s Eve, we’re always here to get the job done. We are a local, family owned and operated bail bond agency located right here in the Santa Clarita community, and we are committed to excellence, integrity and honesty.

Call us today for fast arrest, booking or charge information for an arrestee in custody at the Santa Clarita Jail. Our offices are open 24-hours a day, 7-days a week, 365-days a year. A friendly, knowledgeable and most importantly, a local bail bondsman is available to take your call at 661-299-2663.

Those who are arrested by the LASD in any of the following areas will be taken to the Santa Clarita Sheriff Station where they will undergo booking and processing. Find out more about the bail process in Santa Clarita.

The Booking Process in Santa Clarita

During booking and processing, the arrestee will have their photograph (mug shot) taken, fingerprints recorded and a comprehensive national background check will be conducted, called LiveScan. Once complete, bail (if allowed) will be set and it will be possible to obtain release via bail bond. The entire process can take anywhere from 4 or more hours, depending on how busy the Sheriff station staff is at the time of the defendant’s arrest.

The Santa Clarita station jail consists of 11 jail cells with space for about 40 inmates. If the jail begins to get overcrowded, or if the inmate is unable to obtain a bail bond within 72-hours, it is likely that he or she will be transferred to one of L.A County’s larger jails. Men will be transported to Twin Towers Correctional Facility and women will be transferred to the Century Regional Detention Facility / Lynwood Jail.

We always suggest bailing the defendant out of the smaller Santa Clarita jail as being transferred can add up to 24 hours or more to their time in custody.

When an inmate is transferred to one of these larger facilities, they will need to be processed in, which can take anywhere from 12 to 24-hours. During this time, the inmate will be unable to be bailed out of jail. It’s often possible to avoid the transfer process altogether by beginning the bail bond process while the inmate is still located at the Santa Clarita Sheriff Station jail.

Even though the Santa Clarita Sheriff’s Station Jail is small and designed primarily for the short-term, temporary housing of inmates, it still has visiting hours. Those hours are from 10:00 am to 2:00 pm daily. If you plan to visit an inmate, it is important to adhere to the guidelines as set by the LASD. You may call them directly at 661-260-4000.

Burglary and Theft Team – When something is stolen in the Santa Clarita Valley, it’s likely that deputies from this team will be involved in the investigation. They handle business and school thefts, embezzlement, residential burglaries, theft of property, cases of credit card fraud, vehicle theft, vandalism, stolen bicycles, office break-ins and tampering.

COBRA Team – In charge of handling crimes that are committed by people 20 and under as well as gang-related crimes. 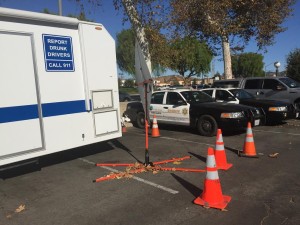 Off-Road Enforcement Team – The deputies working out of the Santa Clarita Sheriff Station are responsible for patrolling hundreds of square miles of unincorporated, mountainous terrain; some of which is inaccessible by patrol cars. Deputies with this team are responsible for enforcing off-highway vehicle activity. They possess two 4×4 vehicles, as well as dual-purpose motorcycles. This specialized equipment allows deputies to reach every nook and cranny of the areas they’re responsible for.

The Santa Clarita Sheriff Station deputies have divided the area into 8 zones that cover all of the Santa Clarita Valley to better coordinate and strategize their law enforcement work. Each zone has a Zone Leader assigned to oversee and review all of the crime and crime prevention activities in their zone. The Zone Leaders are part of the Crime Prevention Team.

If you’d like to stay in touch with the deputies of the Santa Clarita Sheriff Station, and receive up-to-date notifications on crime and disasters, it’s important to know which zone you’re located in. The zones are as follows:

If you want to bail someone out of the Santa Clarita Sheriff’s Station Jail, give us a call and provide us with some general information about the arrestee. We’ll use that info to locate them within the system, ensure that they’re still located at the Santa Clarita Sheriff’s Jail and verify their eligibility for bail. Once that’s been established, you fill out the simple bail bond application forms and sign the indemnitor’s agreement. Last, we dispatch one of our agents to the jail just across the street and your friend or loved one will be released as soon as possible.

Bail Bonds in Santa Clarita Can Be Handled Remotely

If you’re not local to the area, or are otherwise unable to meet with us in person, we can handle the entire bail bond application process remotely via phone, fax or email. We pride ourselves not only on our expeditious service, but on our ability to accommodate all of our clients. If you’re more comfortable dealing with us from your home or office – we can accommodate you!

When a judge sets bail, the cost will vary depending on the number and nature of the crimes that an individual is charged with. So, if bail is set at $20,000, then the cost of a bail bond will be no more than $2,000.

If you’re interested in financing your bail bond, let us know. We have a number of flexible payment plans designed to fit most any families needs and budget.

No matter how you choose to pay for your bond, we’ll never include any additional fees, charges or interest. See why our family can help you in these stressful times.

For any questions about obtaining a bail bond for someone arrested and taken into custody in Santa Clarita, please feel free to call us 24 hours a day locally at 661-299-BOND (2663). Speak with a knowledgeable, Santa Clarita Bail Bonds agent anytime. We’re right here in the city of Santa Clarita to help you!