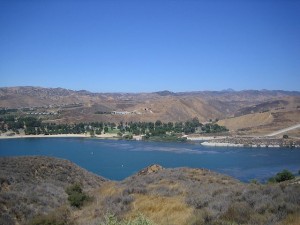 Has Someone You Care For Been Arrested in Castaic?

Do you know someone who’s been arrested and taken into custody in Castaic, CA? If so, you probably have several questions as to how to get them out of jail. Santa Clarita Bail Bonds is a local bail bond company that has been in the business for years and can quickly provide you with all the answers you seek, and we can help get your friend or loved one out of jail faster than anyone.

For decades, Castaic has been a major truck stop along the I-5 Freeway.  It is also home to the Castaic lake recreation area where people come from miles around to boat, camp, fish and swim.

Deputies working out of the Santa Clarita Sheriff Station patrol Castaic and provide the city with law enforcement. Anyone arrested in or around Castaic will be taken to the Santa Clarita Sheriff Station to undergo booking and processing, (fingerprints, mugshots and a LiveScan database background check), after which bail will be set and it will be possible to obtain release via bail bond if the defendant is granted bail.

The on-site jail at the Santa Clarita Sheriff Station is small, with room for about 40 inmates. It is not intended for long-term housing, therefore, anyone who has not either obtained a bail bond or been granted another option for release by a judge will likely be transferred to a larger jail in downtown Los Angeles. Men are sent to Twin Towers Correctional Facility while women are sent to the Lynwood Jail (CRDF).

The transfer process can take anywhere from 12-24 hours as inmates are processed in at the new, larger, much busier facility. During this period it will not be possible to bail them out. However, if the bail bond process is started while the inmate is still located at the Santa Clarita Sheriff Station jail, transfer can usually be avoided altogether.

Options for Release From Jail

Depending on the number and nature of the crimes someone is charged with, as well as the financial situation of those hoping to get them out of jail, an inmate may be eligible for one of the following options for release. However, bail bonds are the fastest, least expensive means for release:

The reason bail bonds are so popular is because they’re the fastest, often resulting in an inmate’s release the very day that you call us, and they’re affordable; bail bonds cost only 10% of the total bail amount.

To begin the bail bond process, the first step is to call us and provide the full name, birth date and date and time of arrest of the person you want to bail out of jail. If you don’t have all of this information readily available, that’s fine, we can still help you get them out. Once we’ve located the person within the system and verified their eligibility for bail, we have you fill out the short, simple bail bond application forms and sign the indemnitor’s agreement. Last, we send someone to the jail to post the bond and your friend or loved one will be released shortly thereafter.

We Provide Bail by Fax or Email

We’re a local company, and our office is located right across the street from the jail. That being said, we’re happy to meet with you wherever it’s most convenient for you. If you’re out of the area, or just feel more comfortable at home, we can also handle the bail bond process from start to finish via phone, fax or email.

Paying for a Bail Bond

Paying for a bail bond is easy, as we accept a variety of payment options, including major debit/credit cards (American Express, Visa, Master Card and Discover) as well as cash, business and personal checks, money orders, bank account transfers and money wire.

Finding out a friend or loved one has been arrested in Castaic is stressful, and we don’t want to add to that stress by requiring that you fully pay for a bail bond up-front. So, if you’re interested in financing the cost of a bail bond, let us know! We provide a number of flexible payment plans designed to fit most any budget.

If you would like to speak immediately with a licensed, professional bail bondsman in Castaic, please feel free to give us a call any time. Our local number is 661-299-BOND (2663).