What Jails Are Located In the Santa Clarita Area?

There is one local city jail, one detention facility and one correctional facility. 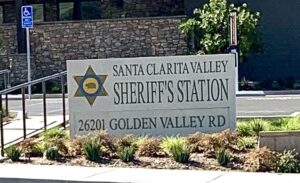 The Santa Clarita Sheriff Station Jail is the central hub for all law enforcement in the Santa Clarita Valley. The over 200 sworn-officers who work out of the station are responsible for patrolling the areas of: Bouquet Canyon, Canyon Country, Castaic, the City of Santa Clarita, Gorman, Hasley Canyon, Newhall, Neenach, Sand Canyon, Saugus, Six Flags Magic Mountain, Sleepy Valley, Southern Oaks, Stevenson Ranch, Sunset Point, Tesoro Del Valle, Valencia, Val Verde, West Hills, Westridge, and some areas of the Angeles National Forest. Those who are arrested by the LASD in any of these areas will be taken to the Santa Clarita Sheriff Station where they will undergo booking and processing. Arrestees can be bailed out directly from this jail if the bail bond is processed soon enough. Our comfortable office is the closest agency to the jail just right down the street! 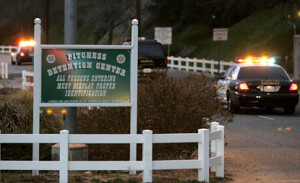 The Pitchess Detention Center is a large facility comprised of four separate jails housing both pre and post-trial inmates, as well as parole violators. Pre-trial inmates are eligible for release via bail bond, while post-trial inmates are not. The system can be pretty complex, but we’re more than happy to help you navigate through it. When inmates are bailed out, they will be transported by bus to Twin Towers Correctional Facility in downtown L.A., then released from that location. 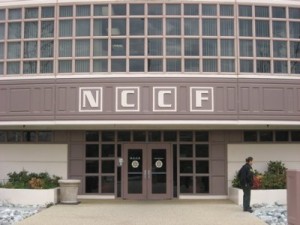 NCCF is very busy, with transfers in and out of the jail happening all the time. When bail is posted for an eligible inmate, they will be transported via bus to Twin Towers Correctional Facility in downtown L.A., then released from that location.