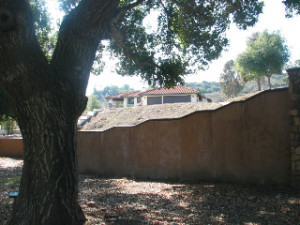 What Jail Will Someone Go To if Arrested in Hasley Canyon?

Do you know someone, a friend or loved one perhaps, that’s been arrested on or near Hasley Canyon, located in Castaic, CA? If so, you’ve likely got a lot of questions regarding how to get them out of jail fast. At Santa Clarita Bail Bonds, a licensed, professional bail bondsman is available any time of day or night to take your call and immediately provide you with the answers you seek.

Hasley Canyon is a street and area that borders residential and commercial areas in the Santa Clarita Valley and is home to the Hasley Canyon Park, a venue for concerts and recreational events.

Our local offices are open 24-hours a day, 365-days a year and a friendly, knowledgeable bail bondsman is always available to take your call. We can be reached locally at 661-299-BOND (2663).

Deputies working out of the Santa Clarita Sheriff Station patrol Hasley Canyon and anyone that is arrested in the area will be taken to the station to undergo booking and processing. The on-site jail is a type II facility that is designed to hold about 40 inmates for no longer than 72-hours. Once the 72-hour period is passed, or if the jail becomes overcrowded, inmates will be transferred to a long-term holding facility in downtown Los Angeles. Men will be transported to Twin Towers Jail and women are transported to CRDF, Lynwood Jail.

Once transferred, inmates will need to go through another round of processing at their new location, which can take anywhere from 12 to 24-hours. During this processing period, it will add many hours, as many as 24 to bail them out of jail. If the bail bond process is started while the inmate is still located at the Santa Clarita Sheriff Station Jail, though, the transfer process can often be avoided altogether.

Booking and processing is the procedure in which an arrestee will have their fingerprints recorded, photograph taken (mugshots) and a national background check will be conducted also called LiveScan. After an arrestee has been booked and processed, bail will be set and it will be possible to obtain their release via bail bond.

How Bail is Set

Bail will vary depending on the number and severity of crimes that an individual is charged with, and all bail amounts are pursuant to the Los Angeles County Felony Bail Schedule.

Judges set bail for specific crimes, and the more serious the crime, the higher the bail will be. While the vast majority of arrestees are eligible for bail, a rare few are not. Those who are ineligible for bail typically include defendants that are deemed a danger to the community, and/or a severe flight risk, should they be released from custody.

Bailing someone out of jail is easy, and the bail bond process starts with giving us a phone call and providing the name, birth date and date and time of arrest of the person you want to bail out. We will use the information you provide to locate the inmate within the system and verify their eligibility for bail. Then, we have you fill out the short, simple, bail bond application forms and sign the indemnitor’s agreement. Last, we send a licensed bail bondsman to the jail to post the bond and your friend or loved one will be released as soon as possible.

If you’re unable to meet with us in person, we’re well-equipped with the technology necessary to complete the entire bail bond application process via phone, fax or email. We want this to be as low-stress as possible for you, and if that means handling the bail bond process from your home or office, that’s fine by us.

The Cost of a Bail Bond

We accept major credit/debit cards, which include Visa, Master Card, American Express and Discover as well as cash, business and personal checks, money orders, bank account transfers and money wire. For those who desire to finance their bail bond, we have a variety of flexible payment options designed to fit most any budget.

We never include any additional fees, charges or interest with the cost of a bail bond, no matter how you choose to pay.

If you would like additional information regarding Hasley Canyon Bail Bonds, please feel free to give us a call any time. We’re more than happy to answer any questions you may have, or to get the bail bond process started right away. We can be reached at 661-299-BOND (2663).