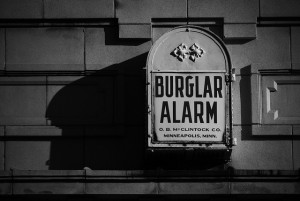 The crime of burglary is covered under California Penal Code 459 PC and can be described as entering any room, structure or locked vehicle with the intention of committing a felony once inside. Typically, burglary is synonymous with entering a room or structure with the intent to steal something, but under the state of California’s description of the law, a person could be charged with burglary if they enter a building with the intention of committing a felony other than theft, such as assault.

There are two different degrees of burglary charges 459 PC. First degree burglary is charged when the structure that was entered is a house, apartment, condo, or basically something that a person lives in. Even motel rooms can be considered residences for the purposes of determining which burglary charge to press. Second degree burglary involves the entering of any store, business, or place where people do not reside.

The Santa Clarita Valley, having large residential and commercial areas, see its fair share of both types of burglary crimes.

First degree burglary, a.k.a. residential burglary, is a felony that is punished by up to 6-years in California state prison and counts as a strike under California’s Three Strikes Law.

Second degree burglary, or commercial burglary, is a “wobbler,” meaning it can be charged as either a misdemeanor or a felony depending on the circumstances of the case and the defendant’s prior criminal history. Misdemeanor convictions carry a penalty of up to 1-year in county jail, while felony convictions carry a penalty of up to 3-years in county jail. Interestingly, second degree burglary convictions, even if  they are felonies, do not count as a strike under California’s Three Strikes Law.